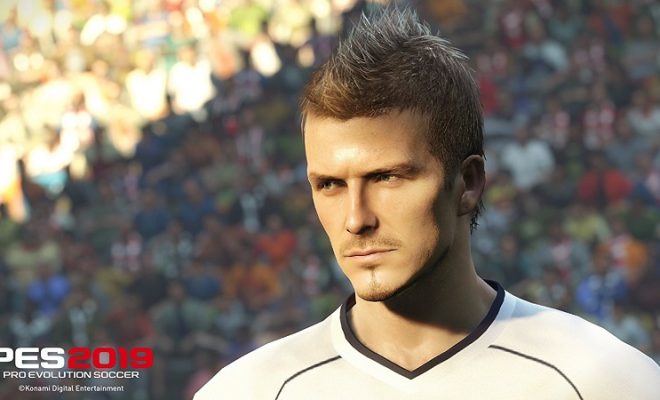 The next installment in the Pro Evolution Soccer series is coming very soon, with PES 2019 set for release this week. Those planning to pick the game up on PS4 will want to make sure they have enough space to download it, and now the PS4 file download size has been revealed.

When viewing the game’s page on the system, it reveals that the download file size is 27.22 GB. This isn’t too bad when compared to most sports games, but if you’re someone who’s always running out of space you might need to delete a couple games.

The following is a breakdown of the key features from the official Amazon page:

PES 2019 will release for PlayStation 4 and Xbox One on August 28th, retailing for $59.99. A David Beckham edition of the game will also be released with additional content, which costs $69.99.

Follow @GameSinnersLive
428: Shibuya Scramble PS4 Box Art Revealed
God Of War (2018) Official Novelization Out Now
We use cookies to ensure that we give you the best experience on our website. If you continue to use this site we will assume that you are happy with it.Ok