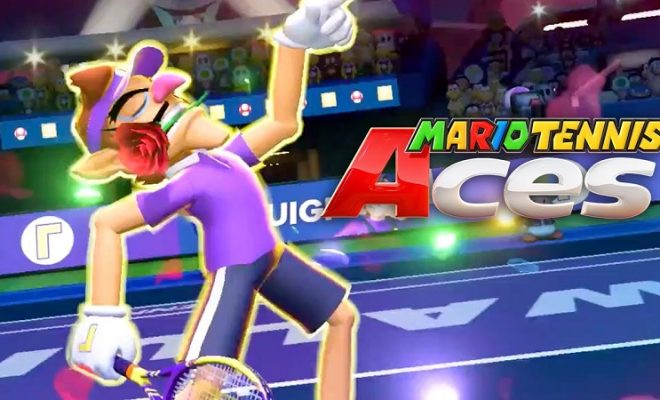 Mario Tennis Aces is one of the bigger releases that the Switch will receive this year. While the series is always typically solid, this will be the first game in the series since the Game Boy Advance entry to feature a single player campaign. Following the announcement of a Japanese demo yesterday, today it has been confirmed that a pre-launch online tournament will be coming to the west.

Nintendo has announced that this pre-launch online tournament will run from June 1st at 6:00 PM PT to June 3rd at 11:59 PM PT. Nintendo provides the following overview:

“From June 1 to June 3, you will be able to hop online to participate in a free pre-launch tournament for Mario Tennis Aces. This will give you plenty of time to practice your Trick Shots before the game launches for Nintendo Switch on June 22.

To access the tournament, just download the free software from Nintendo eShop on Nintendo Switch between May 24 and the start of the tournament. Once you join the tournament between June 1 and June 3, you can select between four main playable characters (Mario, Peach, Yoshi or Bowser) and compete in a series of online multiplayer matches. The winners of each match will earn points based on their performance, with five additional characters to unlock by gaining enough points. (We’ll let you discover who these characters are for yourself as you advance through the demo.)

Even if you don’t want to participate in the tournament proper, you can still try out the game offline and get in some practice playing on-off single-player battles against a computer-controlled opponent.

Regardless of whether you play online or offline, by playing the demo you can unlock Mario’s classic outfit in the full game once it launches on June 22.

Mario Tennis Aces is set to launch exclusively for Switch on June 22nd.

Follow @GameSinnersLive
Final Fantasy Ultimania Archive Volume 1 Release Delayed
RIP PS Vita: Physical Game Production Ending March 2019 In The West
We use cookies to ensure that we give you the best experience on our website. If you continue to use this site we will assume that you are happy with it.Ok