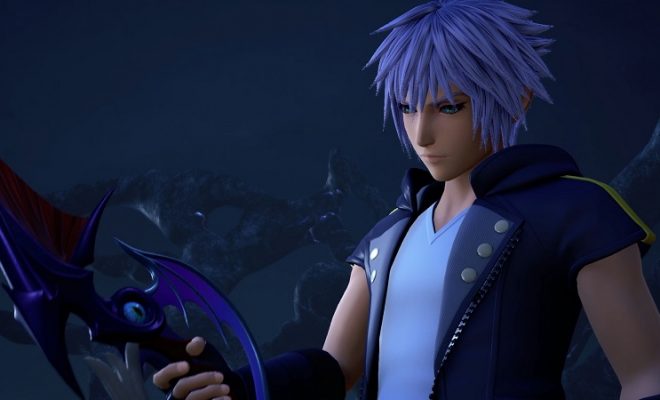 A product page has surfaced on Amazon for the Kingdom Hearts 3 Bring Arts: Riku Action Figure, providing plenty of information on the figure. The page provides a decent look at the figure, as well as revealing the price and current release date for it.

The action figure comes with articulated joints, and even comes backed with alternate hand and face parts for different expressions. The figure is highly detailed and stands approximately 6″ tall. It’s currently set with a price tag of $69.99, and the following is the product description from the official page:

“From Square Enix. This exquisite action figure of Riku, Sora’s ally in Kingdom Hearts 3, fits in the palm of your hand, yet still retains an amazing level of detail. The figure’s joints are highly articulated, allowing for a wide variety of action poses seen in the game, and it comes packaged with a wide range of fun accessories, such as the trademark keyblade weapons and alternative hands and face that express a variety of moods. The coloring pays close attention to the feel of the CG graphics from the game, recreating the distinctive contrast and color variations to give a satisfying quality despite the small size. Riku stands approximately 6″ tall.”

The timing of this action figure will likely line up with the release of Kingdom Hearts 3, the long-awaited third installment in the popular series. The last numbered installment in the series to release was in 2006, meaning that over a decade and an entire console generation has come and gone since then. It’s looking like the game will launch at some point in the second half of this year, but that information will likely be coming during E3 2018.

Follow @GameSinnersLive
Spyro Reignited Trilogy Switch Version Listed On Nintendo UK Website
Kingdom Come Deliverance 1.4.2 PC Patch Out Now; 1.4 Console Patch Expected This Week
We use cookies to ensure that we give you the best experience on our website. If you continue to use this site we will assume that you are happy with it.Ok