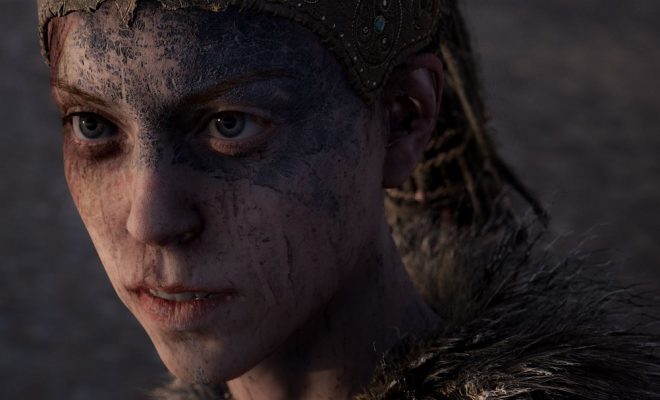 The company also confirmed that the game will enjoy Xbox One X enhancements on the more powerful console, while also revealing a nice little deal for those who purchase the game only. Anyone who either pre-orders the game or purchases the game within the first week through the Xbox Store will get a 10% discount.

The game originally released for both PlayStation 4 and Xbox One last year, and garnered positive reviews in the process. While the game’s combat drew some criticism, many were in agreement that the story is excellent and makes the adventure well worth it. It stars a Pict warrior who must make her way to Helheim by defeating evil entities and overcoming their challenges, in order to save the soul of her dead lover from the goddess Hela.

One of the biggest things that sets Hellbade apart from the pack is that it puts a strong emphasis on mental illness, with the game taking a very dark, psychological route that is very unsettling. This was an element of the game that the developers wanted to make sure they got right, working directly with neuroscientists and those struggling with psychosis themselves.

Hellblade: Senua’s Sacrifice will release for Xbox One on April 11th.

Follow @GameSinnersLive
Zelda: Breath Of The Wild Gold Compact Metal Stand Out Now
System Shock Remake Delayed, Now Aiming For Q1 2020 Release Date
We use cookies to ensure that we give you the best experience on our website. If you continue to use this site we will assume that you are happy with it.Ok