Super Bomberman R Coming To PS4 According To Korean Rating 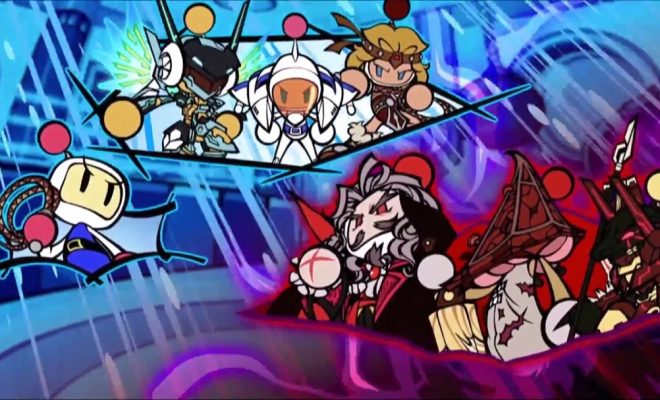 Super Bomberman R Coming To PS4 According To Korean Rating

Super Bomberman R served as an exclusive launch title for the Switch back in 2017, but it looks like the game is set to be coming to a new platform. According to the Korean Game Rating Board, the game is set to make its debut on PlayStation 4 sometime this year. While an official release date was not provided, it will likely be coming sometime in the near future.

The following is an overview of Super Bomberman R provided by Nintendo.com:

Bomberman is back as Super Bomberman R! Place bombs and collect power-ups to blast your way through classic ‘Battle’ or ‘Story’ mode.

Play ‘Battle’ mode where up to eight players are dropped within a maze until the ‘last man standing’ is declared the winner.

Venture through ‘Story’ mode where one to two players work cooperatively to clear a series of 50 stages in order to save the galaxy.

Gamers now have access to four new stages for battle mode and two new series of accessories for free.

Super Bomberman R will likely be officially announced for PlayStation 4 soon, and we’ll bring you any additional details as soon as they become available.

Follow @GameSinnersLive
PS4 System Software Update Version 5.50 Out Now
Tennis World Tour Release Date Set For PS4, Xbox One, Switch & PC
We use cookies to ensure that we give you the best experience on our website. If you continue to use this site we will assume that you are happy with it.Ok