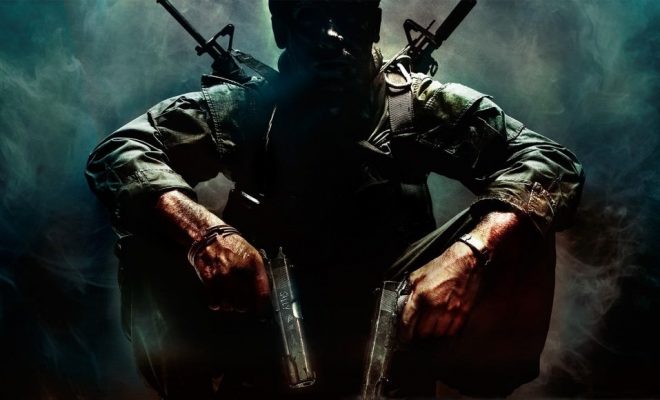 It’s a new year in the gaming world, and that means that there will be a new Call of Duty game, because that’s how it has been for years now. The first few months of the year always brings with it speculation regarding what the next game in the Call of Duty series will be, though we’ve gotten some hints that the next one will be Black Ops 4 and now even more evidence has surfaced.

The latest evidence is certainly some of the most unlikely evidence you’d expect to get, as it comes from NBA star James Harden. Footage of the basketball player recently surfaced donning a baseball cop with the Black Ops logo, but it was a little different than the ones we typically see. The one he was wearing contained four strokes, which seems to suggest that it is linked to a fourth game in the series.

This evidence is joined by the recent evidence of Black Ops 4 merchandise appearing in Gamestop’s system, which of course got out to the public. These kinds of leaks always end up making their way out to the public before the official announcement is made, which is expected considering how popular the series is. It’s usually around April or May when the official announcement is made regarding the identity of the next game, so we’ll likely have to wait a little bit longer until the official reveal.

What remains to be seen is what direction Treyarch takes the series. Obviously, Black Ops 3 was a futuristic shooter, but the series returned to its roots with the release of last year’s World War II. It stands to reason that Treyarch will follow a similar formula, as the fans overall were not happy with the futuristic direction that the series took during the span of Advanced Warfare to Infinite Warfare. It won’t be much longer until we have concrete information, so be sure to stay tuned for that.

Follow @GameSinnersLive
Final Fantasy XV Royal Edition PS4 File Download Size Revealed
Armello PS4 Special Edition Box Art Revealed
We use cookies to ensure that we give you the best experience on our website. If you continue to use this site we will assume that you are happy with it.Ok