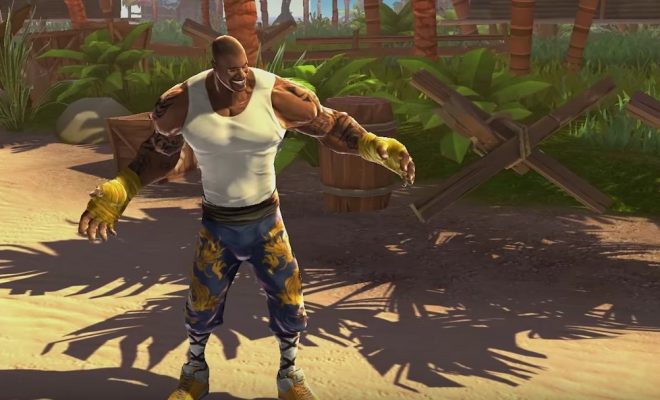 The original Shaq Fu launched back in the 90s and ended up creating a cult following, and now the game is coming back in a big way. Shaq Fu: A Legend Reborn is on the horizon, and now the game’s release window has been revealed that points to a Spring release date.

“Shaq Fu: A Legend Reborn is an intense, action-packed beat ‘em up which sees players take on the role of the unstoppable Shaquille O’Neal as he fights his way through the hordes of hell and Hollywood. Master devastating combos, battle outlandish celebrity bosses and take on all comers with an array of weapons, including katanas, shuriken and baseball bats. Channel Shaq’s alter egos, Big Daddy O and Big Diesel, in epic battles in the successor to the worst game ever on a mission to restore Shaq’s legacy.”

As an added bonus, anyone who happened to purchase a copy of NBA Playgrounds for Switch prior to June 10th, 2017 will receive a free copy of of the game on Switch.

Shaq Fu: A Legend Reborn does not have an exact release date just yet, but it will release for PlayStation 4, Xbox One, Nintendo Switch and PC at some point this Spring. The game is being developed by Wired Productions, and you can check out a trailer showing some of the game off in action below.

Follow @GameSinnersLive
Dynasty Warriors 9 PS4 File Download Size Revealed
Subsurface Circular Switch Release Date Set
We use cookies to ensure that we give you the best experience on our website. If you continue to use this site we will assume that you are happy with it.Ok