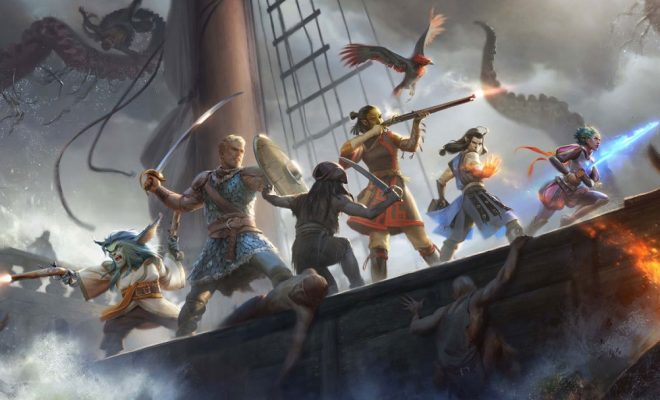 The upcoming RPG called Pillars of Eternity 2: Deadfire is set to make its release on PC this Spring, with the PC release set for early April. Now the game’s official box art has been released for all platforms, which you can check out at the bottom of this post.

For those unfamiliar with the game, the following is an overview:

“Pursue a rogue god over land and sea in the sequel to the multi-award-winning RPG Pillars of Eternity. Captain your ship on a dangerous voyage of discovery across the vast unexplored archipelago region of the Dead Fire. Bend the world to your will, as you explore the depths of Infinite possibilities, including detailed character customization, total freedom of exploration, and more meaningful choices at every turn.”

The game is a follow-up to the 2015 game, which received critical acclaim at launch. The game received high praise for its callback to classic isometric RPGs, as well as its deep and engaging combat. The sequel will be similar to the original in many ways, though it will of course expand upon the foundation put down by the first game.

Pillars of Eternity 2: Deadfire is being developed by Obsidian Entertainment for PC, PlayStation 4, Xbox One and Switch. The PC version of the game will be releasing on April 3rd, whereas the console ports are a ways off and aren’t expected to release until some point in the fourth quarter of 2018. 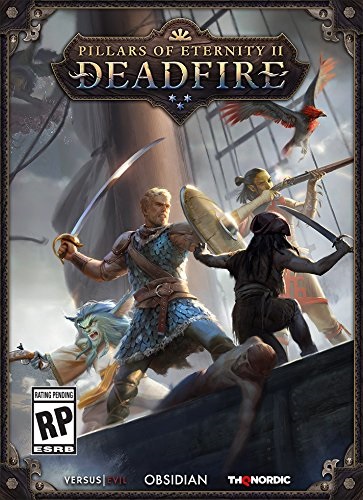 Follow @GameSinnersLive
Secret Of Mana PS4 File Download Size Revealed
Cel-Shaded Dungeon Crawler Slasher’s Keep Enters Steam Early Access
We use cookies to ensure that we give you the best experience on our website. If you continue to use this site we will assume that you are happy with it.Ok