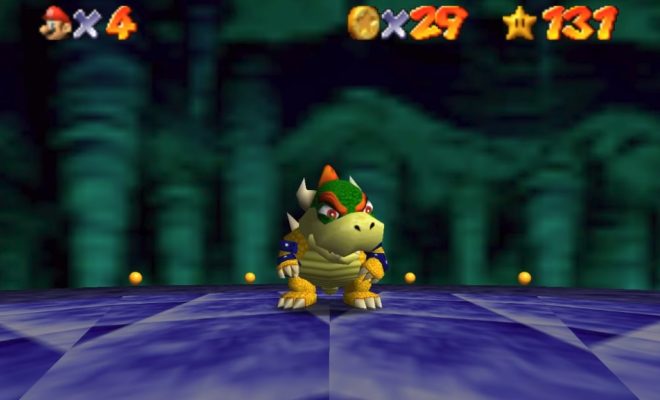 Super Mario 64 is unquestionably one of the most beloved games ever made, and continues to be put on lists recording the greatest games of all time over 20 years after its debut. The game has been hacked to hell and back to allow players to do some pretty crazy things with the game, but this latest one lets you get a taste of what first-person mode would look like.

That’s right, you can actually play the game in first-person mode thanks to this new romhack. This romhack comes courtesy of modder Kaze Emanuar, and a video has been released that shows this new perspective off in action. You can see that for yourself at the bottom of this post. Judging from the video and the notes contained within, it looks like controlling Mario in first-person will take some getting used to. Regardless, for those who have played this game a million times by now, this offers a nice way to shake up the formula.

Super Mario 64 launched exclusively for the Nintendo 64 back in 1996, serving as a launch title for Nintendo’s first 3D console. The game was a massive success for the company and garnered critical acclaim, and became the new benchmark for all future 3D adventure games. The game eventually got a remake for the Nintendo DS, which updated the visuals and controls while also adding in some extra content.

Mario is still an incredibly busy guy to this day, with the iconic character having three big games release for the Switch in 2017. These were Mario Kart Deluxe, Mario + Rabbids: Kingdom Battle and Super Mario Odyssey. All three of these games received critical acclaim, but in the case of Odyssey it went on to become one of the highest-reviewed games of all time.

Follow @GameSinnersLive
Cuphead Surpasses 2 Million Copies Sold
4 Switch Games To Look Forward To In January 2018
We use cookies to ensure that we give you the best experience on our website. If you continue to use this site we will assume that you are happy with it.Ok