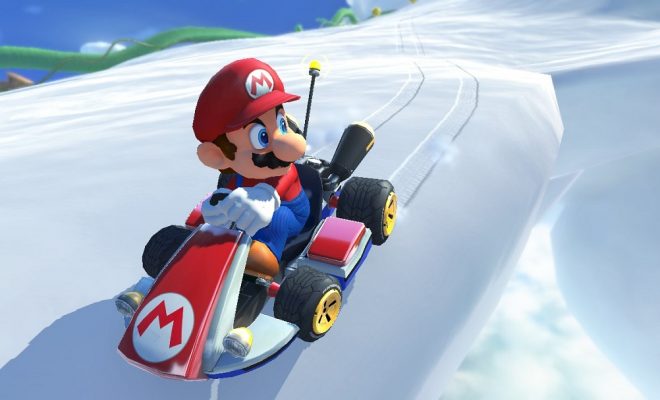 Mario Kart 8 Deluxe continues to be the go-to racer for Switch owners in 2017, with the re-release of the Wii U original being a massive success. Now Nintendo has released a brand new update for the game, bringing the game up to version 1.4. This is a minor update, so don’t get too excited.

As you can see, this is definitely one of the smaller patches that the game has received since its launch in April, with really only one minor glitch being addressed having to do with background music not playing. Even so, the game didn’t have many issues to speak of even at launch, so there’s not really all that much left to fix.

Mario Kart 8 Deluxe is available exclusively for the Switch, launching in April of this year to stellar reviews. While being very similar to the game that released on Wii U, it included all of that game’s post-launch DLC as well as overhauling the original’s lackluster Battle Mode. It is easily the definitive version of the game, and many consider it to be the best installment in the series overall.

Follow @GameSinnersLive
Switch Worldwide Sales Surpass 10 Million Units
Pokemon Crystal 3DS Release Date Set
We use cookies to ensure that we give you the best experience on our website. If you continue to use this site we will assume that you are happy with it.Ok