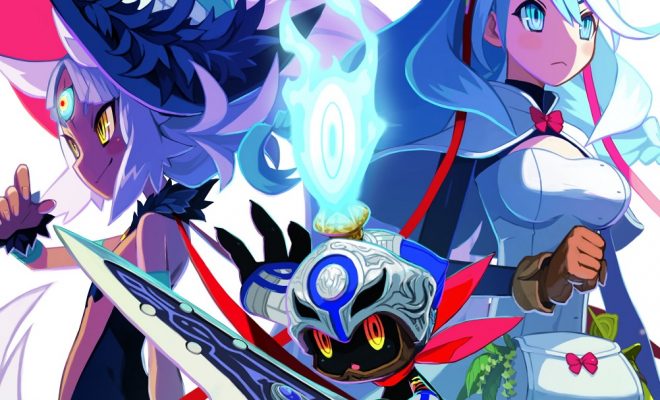 NIS America has announced today that The Witch and the Hundred Knight 2 will be getting a western release, with the game set to come to North America and Europe in 2018 on PlayStation 4. The game will be getting both a physical and digital release, as well as a limited edition version that costs $79.99 and comes with the game, the official soundtrack, a hardcover art book, a two-disc original soundtrack, a Hundred Knight stress ball, a set of nine label pins, and a collector’s box.

As for what the game is all about, players once again control the Hundred Knight as he journeys through a witch-ravaged world where young girls are contracting illnesses and awakening as witches. This leads them to wreak havoc across the region of Kevala, and it’s up to Hundred Knight to restore order to the world. He won’t be alone for the journey, however, as two sisters named Amalie and Chelka who will be coming along for the ride.

Hundred Knight will once again be journeying through dungeons and landscapes that are overflowing with monsters he must bring down, all while leveling up and obtaining better equipment to take down the increasingly-difficult foes. The following is a breakdown of the game’s key features:

An announcement trailer for The Witch and the Hundred Knight 2’s western release was also released, which you can check out below. An official release date for the game has not yet been announced, but we’ll be sure to keep you updated with more information as soon as it becomes available.

Follow @GameSinnersLive
God Eater New Project Presentation Set For October 7
Spec Ops: The Line Devs Would Rather ‘Eat Glass’ Than Make A Sequel
We use cookies to ensure that we give you the best experience on our website. If you continue to use this site we will assume that you are happy with it.Ok