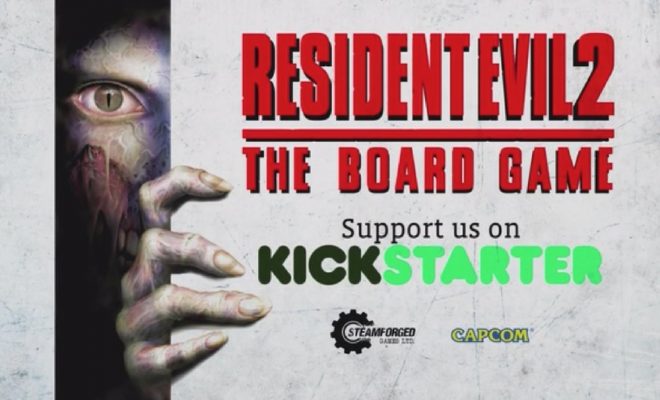 Have you ever felt that there was a serious need in this world for a board game based on Resident Evil 2? Well, it looks like that need is about to be fulfilled, as a Kickstarter campaign launched for Resident Evil 2: The Board Game and was funded within an hour of the campaign going live.

The initial goal for the campaign was to reach about $203,000, but it’s already well over that with the total being over $350,000 at the time of this writing. While the campaign does have stretch goals to put the money that goes over the original goal to good use, many of them have already been met. These include the likes of 4 male zombie figures, a flamethrower card, a zombie dog figure and more.

The following is an overview of what to expect from this interesting board game:

“Resident Evil™ 2: The Board Game is a co-operative survival horror game for 1-4 players set in the Resident Evil™ universe. Players choose from a number of familiar characters before venturing into the zombie-infested streets and buildings of Raccoon City in a desperate fight to escape the nightmare!

Designed specifically for the Resident Evil™ universe from the ground up, this game brings the thrills—and the dangers!—of the setting to the tabletop. World-class miniatures and innovative new mechanics help deliver an experience that captures the essence of the much-loved original video games while offering new twists and turns.

Choose your character and explore the rich narrative of Resident Evil™ 2: The Board Game. With 20+ hours of gameplay, this pledge is packed with a horde of enemies and challenges to provide players with a terrifying and immersive survival horror experience.”

There are 27 days left to go in this campaign, so it’s safe to say that this campaign is going to rack up way more money than it needs. It will be interesting to see what the total amount will end up being, as well as what the creators add to it with the extra money.

More in BOARD GAMES

Spoiler Season is Underway for Magic: The Gathering’s “Eldritch Moon”

Method and Motivation: Exploring the Human Element in Video and Tabletop Games

Merchants and Marauders – A guide to plundering

The nominees for Spiel des Jahres 2016 are in

Follow @GameSinnersLive
Golf Story Release Date Set For September 28
Yakuza Kiwami Patch 1.09 Adds Free Street Pack 2 DLC
We use cookies to ensure that we give you the best experience on our website. If you continue to use this site we will assume that you are happy with it.Ok