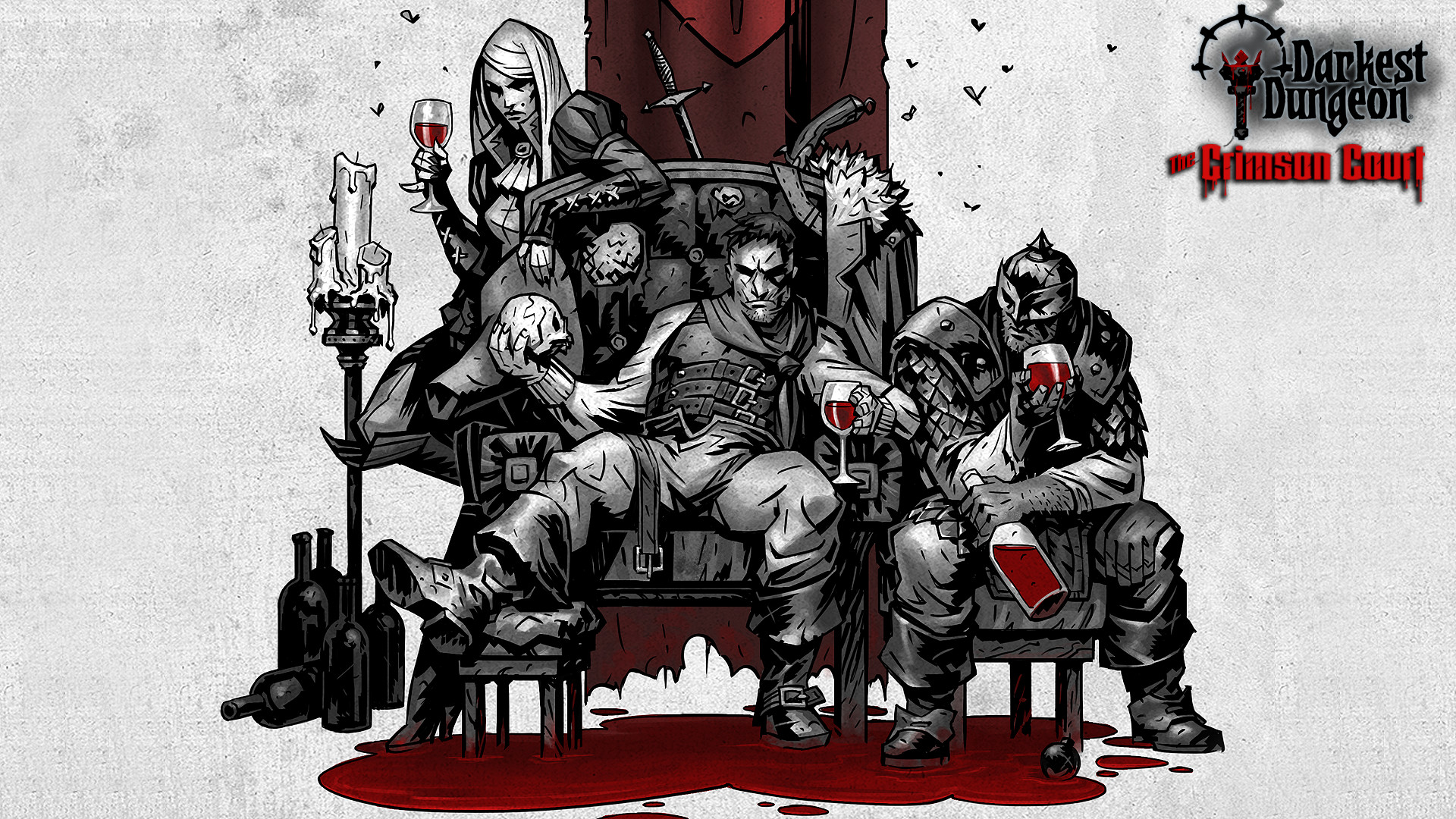 I’ve been a big fan of Darkest Dungeon since it released early last year. It’s probably in my top 10 favorite games of 2016. It may very well be in my top 5. As I waited well over a year to see what new content Red Hook Studios would release for the game, I received my answer only hours ago. The Crimson Court is the first DLC expansion to the brutally agonizing and stressful turn-based dungeon crawler. You can check it out on the Steam page now.

The Crimson Court adds a lot of new things to the base game. Because Darkest Dungeon is extremely difficult, I would bet most players haven’t finished the game in under dozens of hours, if at all. With my 90 hours in game, I still haven’t gotten completed the game. Nevertheless, if anyone is looking for more reasons to spend hours descending into psychological madness, this expansion will surely meet the cut. The DLC adds a new playable hero class, 5 new bosses, a new explorable dungeon region and new item equipment. Perhaps most impressive is that the base of operations, the Hamlet, now has 10 new buildings to upgrade. This nearly doubles the original amount from the base game.

Red Hook Studios notes that this DLC can be easily accessed from an already existing save file, or an entirely new one. So old players with many hours under their belt, or new ones who have just gotten the game can enjoy this new expansion pack.

I haven’t picked up the DLC yet, myself. I suspect that the Steam Summer Sale will be happening any day now. The Crimson Court is all new, and probably won’t go on sale this soon, but it doesn’t hurt to wait and see. However, I am very excited to play around with all the new enemies and upgradeables. I have no doubt it will be grueling and punishing, but that’s the sadistic nature of a game like Darkest Dungeon.

Follow @GameSinnersLive
Nintendo Switch Firmware Update 3.0.0 Out Now, Patch Notes Detailed
OnePlus 5 Is Officially Here To Amaze Us
We use cookies to ensure that we give you the best experience on our website. If you continue to use this site we will assume that you are happy with it.Ok