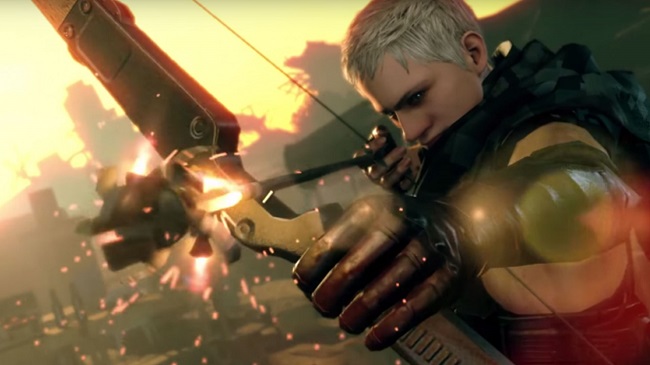 The Metal Gear Solid series as we know it came to an end in 2015 with Metal Gear Solid 5: The Phantom Pain, with Hideo Kojima parting ways with Konami shortly afterwards. Despite all the backlash that happened after that, the series is still set to continue in some way without Kojima. It will be doing that with the release of Metal Gear Survive, which is still set to launch this year despite very little updates.

It was revealed in Konami’s latest financial results that the game will still be releasing this year, as its 2017 release window remains unchanged. Knowing that, it seems very likely that we’ll be getting the full reveal at next month’s E3, along with plenty of gameplay and the official release date. It will be very interesting to see if what they ultimately show has any impact on swaying the mindset of fans, as the game’s announcement was met with plenty of negativity due to its concept. The game was originally announced during Gamescom 2016, and it certainly looked different.

“In a struggle to stay alive on this harsh terrain filled with deadly creatures, soldiers who were previously on Motherbase now must work cooperatively in order to survive. METAL GEAR SURVIVE continues the pedigree of METAL GEAR SOLID V’s highly praised gameplay design, with a unique blend of stealth and co-op play mechanics. Players can strategically manage massive threats with the help of four-player online cooperative play. New weaponry will also be introduced to combat charging creatures and lethal environments as well.”

Metal Gear Survive is in development for PlayStation 4, Xbox One and PC.

Follow @GameSinnersLive
New Sonic Mania Footage Features Knuckles In Flying Battery Zone
Payday 2 DLC To Be Replaced By An Ultimate Edition – Future Updates Will Be Free
We use cookies to ensure that we give you the best experience on our website. If you continue to use this site we will assume that you are happy with it.Ok