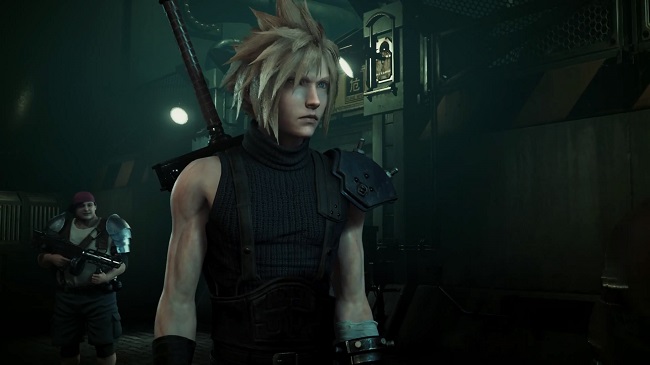 While Cloud Strife didn’t have voice over in the original Final Fantasy 7 due to the limitations of the original PlayStation, in the time since that game the character has made numerous appearances where he has spoken dialogue. Final Fantasy 7: Advent Children, which serves as a direct sequel to the original game, is perhaps the most notable instance of this. The character has always been voiced by Steve Burton, and now we know that that won’t be changing for the game’s remake.

Steve Burton revealed through his Twitter account that he was doing a little voice over work for Cloud Strife recently, confirming his involvement with the game. While many assumed that he would be returning as the voice of the character, this is the first time we’re getting official word from him. He’s done a solid job as the character so far, so fans will likely be relieved that Square Enix didn’t decide to dump him for someone else.

The Final Fantasy 7 Remake was originally announced at E3 2015, which was during Sony’s now historic press conference. We haven’t gotten a ton of new details on the game since then, though we have gotten some footage that shows the game off in action. We also know that the developer will be taking a different approach regarding how they actually release the game, as it will be released in an episodic manner rather than all in one game. Despite that being a detail that has many fans worried, the developer has assured that each episode will be the size of a full game.

We still don’t have a release window for Final Fantasy 7 Remake, but rumors suggest that the game could be getting a lot more information at this year’s E3. Whenever the game does eventually launch, it will be coming to PlayStation 4 first before coming to Xbox One at some point down the line.

Follow @GameSinnersLive
The PAPR WATCH is Actually Waterproof
Capcom Announces PS4 Port Of Resident Evil Code Veronica X
We use cookies to ensure that we give you the best experience on our website. If you continue to use this site we will assume that you are happy with it.Ok