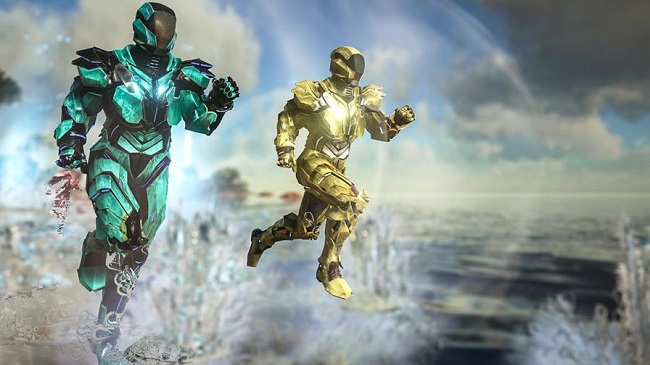 Ark: Survival Evolved is getting a major update on PlayStation 4 and Xbox One today, with the v506 update set to add new mechanics, structures and more to the game. It was announced earlier this month that the update would be launching on both consoles today, with the only remaining barrier being the certification process from both Sony and Microsoft.

However, everything appears to still be on schedule regarding the update. Ark’s community manager recently posted in a new update that they’ll submit for certification today, and will hopefully have the update live on the same day. Right now it seems like it would end up releasing in the evening, according to the community manager.

The v506 update will be one that PlayStation 4 and Xbox One gamers should be very excited about, considering the interesting new content that’s in store. The biggest new feature is definitely the addition of underwater bases, which adds a cool new element to the game. Air-locks and moonpools allow players to enter and exit without flooding the base, allowing for a truly impressive subterranean fortress. Aquatic breeding will also be implemented, as well as TEK teleporters and wireless generators.

It will also be bringing the first major menu redesign on consoles, with the inventory UI getting an overhaul. Studio Wildcard previously said that “The new ARK Inventory UI is a total redesign of the game’s former clunky interface. This visual and functional overhaul brings right-click context menus and better organization for remote inventories. It’s a significant step on the road of preparing ARK for its home stretch of Early Access!”

While the update obviously isn’t available just yet, console owners don’t have to wait much longer to finally get this update. This will be a great way to breathe some new life back into the console versions, and should keep the momentum going strong towards the game’s full launch later this year.

Follow @GameSinnersLive
Tekken 7 Gets New Outfits & Costume Accessories To Check Out
Hearthstone Patch 8.0.4 Brings Minor Text Changes
We use cookies to ensure that we give you the best experience on our website. If you continue to use this site we will assume that you are happy with it.Ok