Tekken 7 Gets New Outfits & Costume Accessories To Check Out 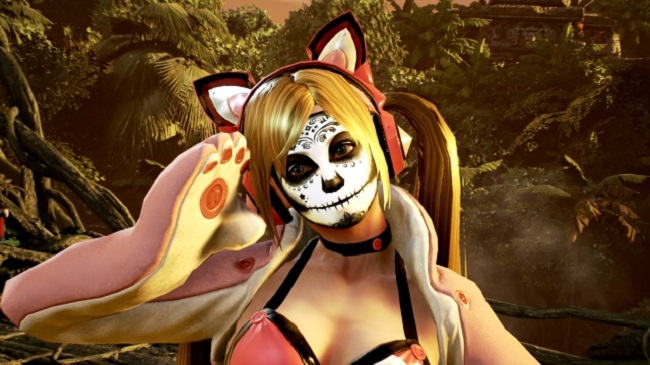 Tekken 7 Gets New Outfits & Costume Accessories To Check Out

The characters in Tekken 7 already have some pretty flashy outfits to begin with, but there’s even more in store beyond their defaults. The game’s official website has been updated recently to show off a variety of different outfits for the characters, and they’re unsurprisingly outrageous. You can check out the entire gallery for yourself by clicking right here.

As you could probably tell for yourself, when the characters don these outfits they become something else entirely. While some of them make the characters look cool, others make them like like fools (in a good way). Alternate costumes are always an enjoyable element of fighting games, and it looks like Tekken 7 certainly won’t be lacking in that department. It remains to be seen how these outfits are actually acquired, however, as they could be in-game unlocks or DLC.

Last week Tekken fans were greeted to some new gameplay footage, with the video pitting King and Heihachi against each other. It’s always cool to see two long-running characters from the series duking it out, especially considering the much improved visuals compared to their debuts. There was a glitch in the gameplay that caused Heihachi to regain all of his health, but the developer notes that all bugs will be fixed by the game’s launch. You can check out the battle by clicking right here.

Tekken 7 will launch for PlayStation 4, Xbox One and PC on June 2nd. The game will be incorporating two new mechanisms to the gameplay, which are called Rage Arts and Power Crush. Rage Arts allow the character to deal attacks that are roughly 30% more powerful when their health bar is critical, whereas Power Crush allows a character to continue their attacks even when they’re being hit by the enemy. The game’s story is also set to be much darker than previous installments, and will serve as the conclusion to the Mishima clan saga.

Follow @GameSinnersLive
GPD Pocket Brings the Netbooks Back to Attention
Ark: Survival Evolved Major Console Update v506 Out Today
We use cookies to ensure that we give you the best experience on our website. If you continue to use this site we will assume that you are happy with it.Ok