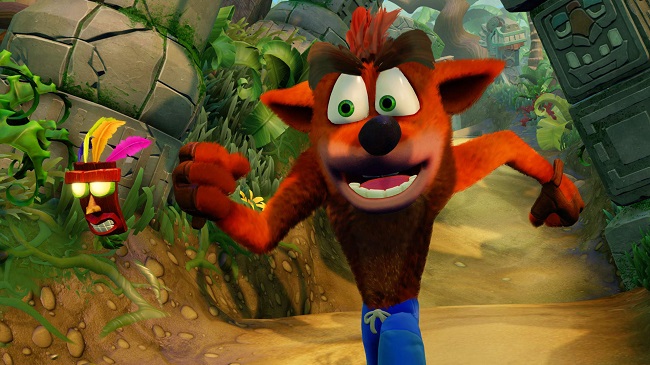 The Crash Bandicoot series is set to be making a comeback later this year with Crash Bandicoot N. Sane Trilogy, which is a remaster of the original PlayStation games. We’ve been getting bits and pieces of gameplay recently, and now we have footage from the game’s Upstream level. This was posted on the official Crash Bandicoot Facebook page.

Not only do we have new footage from one of the game’s levels here, but it is actually a perfect run through it. This should be helpful for anyone who may have trouble getting through the level when it launches in the future, as the level definitely has its hazards. The level also looks gorgeous from a visual standpoint, bringing the Upstream level back in a fantastic new way.

While the game is still a few months away from its official release, those of you who can’t wait that long do have a means of checking it out before that. Many GameStop and Best Buy stores have recently set up kiosks that feature demos of the game, allowing anyone to come up and give the game a spin. It remains to be seen how long this lasts for and whether or not the stores near you will be taking part, but next time you drive by a GameStop or Best Buy be sure to drop in and take a look.

Crash Bandicoot N. Sane Trilogy will launch for PlayStation 4 on June 30th, and will cost $39.99. While the game is currently set to be a PS4 console-exclusive, there has been talk recently regarding the game possibly ending up on PC at some point. The series is no longer a PlayStation-exclusive as it once was, so it’s also possible that could even eventually release on Xbox One. It’s likely that there’s currently a timed-exclusivity deal to get in PlayStation gamers’ hands first, though we don’t know the specifics on that yet.

See Crash master the river dance in today’s playthrough of Upstream, the fifth level of Crash Bandicoot in the N. Sane Trilogy!

Follow @GameSinnersLive
YouTube Channel Cross Counter Announces New Smash Bros Crossover Series “The Reads”
Absolver Beta Registration Now Open
We use cookies to ensure that we give you the best experience on our website. If you continue to use this site we will assume that you are happy with it.Ok