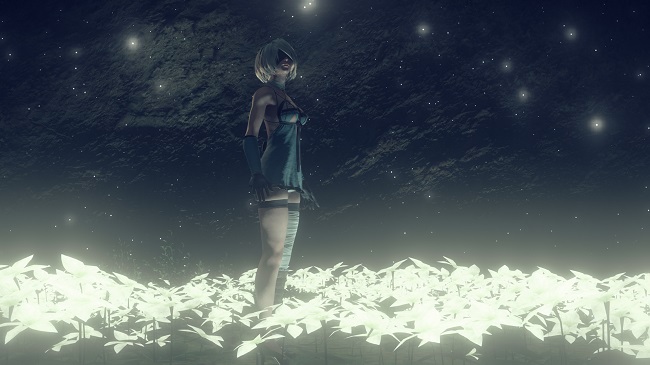 Despite recent talk suggesting that NieR: Automata wouldn’t be getting any major DLC, today Square Enix has revealed that some substantial new content will be coming to the game soon. This will come in the form of the upcoming DLC that is titled “3C3C1D119440927,” which actually isn’t a major typo.

As for what this strangely-named DLC will include, there will be new colosseums and side quests to take on. To make matters even better, those who complete the aforementioned content will unlock some new things for the game, which is detailed below

Unfortunately, Square Enix did not provide a release date for when this content would actually launch, though a May 2nd release date for Japanese gamers was mentioned in a recent livestream. However, we do know that it will be available for both the PlayStation 4 and PC versions of the game. The company also released a lengthy video that is devoted entirely to this DLC, which is nearly 5 minutes in length. The video shows off the characters wearing their new costumes from the DLC, as well as battles from the new colosseums.

NieR: Automata launched last month and garnered critical acclaim on both PlayStation 4 and PC, which was the result of a few different aspects of the game. Automata features a sweeping storyline that requires several playthroughs to get the full scope of, along with fantastic combat and a gorgeous world to traverse through. It’s the followup to the original NieR that launched on PlayStation 3 and Xbox 360 in 2010, though it improved upon that game’s formula in every conceivable way.

Follow @GameSinnersLive
HTC U Will Be The Lovechild of a Samsung and an Apple Flagship With its Snapdragon 835 Chipset and No Audio Jack
Moto Z2 Force Will Be Carried At Least by Verizon and T-Mobile
We use cookies to ensure that we give you the best experience on our website. If you continue to use this site we will assume that you are happy with it.Ok