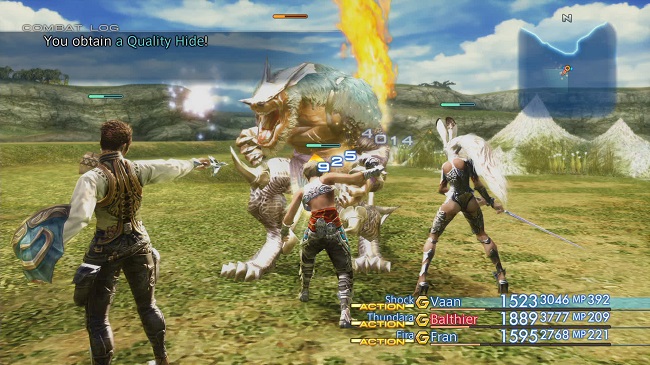 Final Fantasy XII originally launched for the PlayStation 2 in the mid-2000s, though this year it will be making a comeback in the form of The Zodiac Age on PlayStation 4. The game is getting the remaster treatment to bring the game to a brand new audience and to its original fan base, and now we have some screenshots to see how it all turned out.

Unsurprisingly, the screenshots that were released look fantastic, breathing new life into this old game. The game was known for its visual prowess even back then, but the fact that we’re dealing with a PlayStation 2 game here is truly impressive. The images show off a variety of different situations from the game, which include the likes of combat scenarios and cutscenes. You can check out the complete gallery of screenshots by clicking right here.

While there’s no question that it looks like Square Enix has done a great job touching the game up from a visual standpoint, it’s going to be very interesting to see what mechanical improvements they may or may not make. Final Fantasy XII was initially met with solid praise, but in the years since then it has definitely become one of the least-liked games in the series due to its mostly-dull characters and boring combat system. While there’s not much they can do about the characters, it would be great if they could somehow manage to make some tweaks to the combat system.

Final Fantasy XII: The Zodiac Age will launch worldwide on July 11th exclusively for PlayStation 4. The game was notable for offering an open world split into zones, a seamless battle system, a controllable camera and its divisive Gambit system. The Gambit system essentially had you pre-plan what your characters would do during battles depending on the situations, resulting in you mostly taking a back seat and just watching the battle.

Follow @GameSinnersLive
New Hot Shots Golf Gets Japanese Release Date & New Trailer
Star Wars: Battlefront 2 Doesn’t Have A Season Pass
We use cookies to ensure that we give you the best experience on our website. If you continue to use this site we will assume that you are happy with it.Ok