NieR Getting Reprinted On PS3 Due To Popular Demand 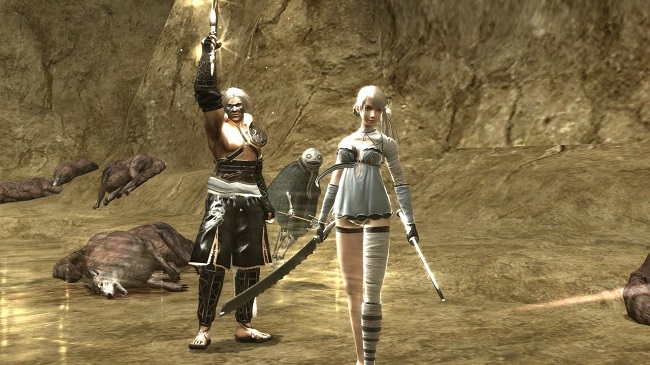 NieR Getting Reprinted On PS3 Due To Popular Demand

NieR: Automata is one of the best games that have launched so far in what has been an awesome gaming year of 2017, bringing an action RPG from PlatinumGames that ticks all the right boxes. However, it’s easy to forget that it’s actually a loose sequel to another game (which itself is a spin-off of another series entirely!), with the original NieR launching on PlayStation 3 at the beginning of the decade.

It wasn’t the most well-received game and was largely forgotten by mainstream gaming audiences, but it nonetheless created a cult following that is going strong to this day. However, the huge success of NieR: Automata has resulted in gamers wanting to go back and see where it all started, making the original NieR suddenly in demand again. This has resulted in publisher Square Enix deciding to reprint the game and sell it on its European web store, with the price being £24.99.

This is great news for those interested in the game, as the game was becoming more and more rare and resulted in prices of the game skyrocketing on sites like eBay. You’ll have to join a waiting list to get the game for now, but you’ll eventually be able to get the game for a pretty decent price. There’s currently no word regarding whether or not these reprints will also be coming to the US, but it seems likely that it will happen at some point. It also isn’t available digitally through the PlayStation Store for whatever reason, so physical copies are currently the only way to go.

NieR: Automata is available for PlayStation 4 and PC, launching last month to critical acclaim. Many have showered praise on its crazy and multi-faceted storyline, while others fell in love with its equally deep and varied combat system. It’s definitely a game that is unlike any other currently on the market, and if you own any of the aforementioned platforms then you owe it to yourself to check it out. The original NieR had a lot of flaws that hardcore fans learned to overlook, but its followup improves upon it in every conceivable way.

Follow @GameSinnersLive
Zelda: Breath Of The Wild Update 1.1.2 Makes It “A More Pleasant Gaming Experience”
Overwatch Uprising Patch 2.09 Problems Causes Dev To Disable Features
We use cookies to ensure that we give you the best experience on our website. If you continue to use this site we will assume that you are happy with it.Ok