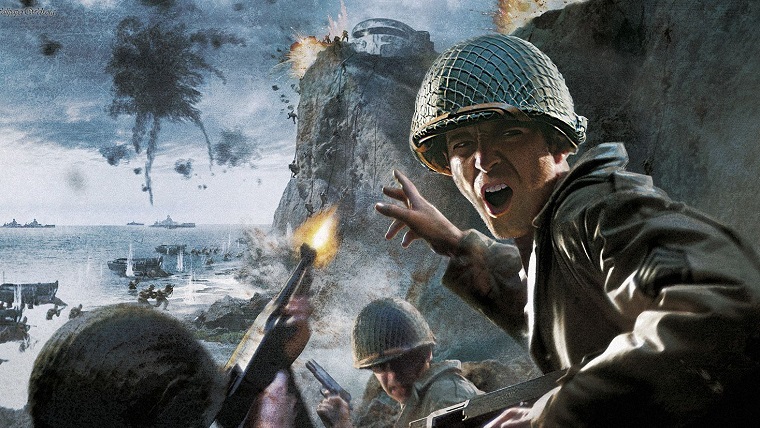 Via a Reddit post, a photo has been found of a poster appearing to advertise Call of Duty: WW2. The Poster also says the game will be coming out November 3rd of this year, with PlayStation getting the DLC a month earlier than other platforms.

This is further proof in a long-time rumor that the next Call of Duty will be Call of Duty: WW2 and returning to its World War 2 origins. Glen Schofield, the head of Sledgehammer Games had the following quote to say a few months back via twitter: “There’s nothing I can say about the game except there are boots and ground and I guess some roots. I hope I can talk soon or I may implode.”

Last month a YouTuber had captured footage of what appeared to be final artwork about the game. With the leaks of today it seems to further justify those rumors, because it is the same artwork that was found in the video.

In the last earnings call from Activision they claimed that despite being the best selling game of the year last year, Call of Duty: Infinite Warcraft under performed their expectations. It was also well under the sales figures that Call of Duty: Black Ops 3 put up. Eric Hishberg the CEO of activision had this to say on the game. “Infinite Warfare had a ton of great gameplay innovations, but it also had a setting that didn’t appeal to all of our fans.”

Fans of the series have long been waiting for a proper ‘boots on the ground’ style Call of Duty game for a while, and it seems that many of them are suffering from the future science fiction fatigue. That strangely enough appeared to be the case with World War 2 shooters just 10 years back.

Call of Duty titles have had a history of being announced in the April to May months and then being shown off at E3 in June, so hopefully we will hear direct comment from Activision soon enough.

Follow @GameSinnersLive
Star Wars: Battlefront 2 Trailer Leaks Early
Zelda: Breath Of The Wild Update 1.1.2 Makes It “A More Pleasant Gaming Experience”
We use cookies to ensure that we give you the best experience on our website. If you continue to use this site we will assume that you are happy with it.Ok