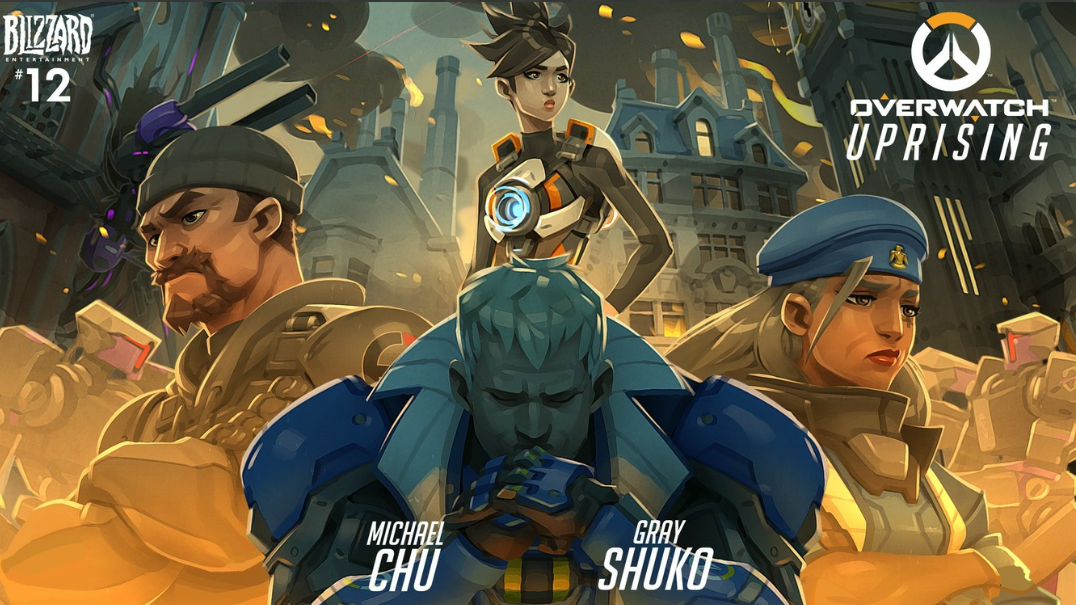 A new Overwatch comic entitled ‘Uprising’ was released today, teased a few hours ago by the Madefire mobile app. Madefire Comics & Motion Books is the application Blizzard uses to distribute its free comics on a mobile platform. Comics like Uprising eschew the limitations of traditional paperbacks, putting the reader in control of the comic’s flow. Blizzard relies on hype generated from eager, lore hungry fans to earn a generous helping of free press. Comics continue to be the main outlet for Overwatch’s lore, released more often than character-focused cinematic shorts like ‘Infiltration’ and ‘The Last Bastion’.

User /u/jimrei shared the app’s preview earlier today on the /r/Overwatch subreddit. The comic is now available on the app itself and online. It focuses on Strike Commander Jack Morrison (now known as Soldier 76) as he faces a tough decision between acting in the defense of King’s Row and damaging Overwatch’s already bruised reputation. Lena Oxton (playable as the lead hero Tracer) shares a prominent role in the comic as a bright young hero concerned by the state of her home country.

The comic’s description gives a brief overview on its contents. “Seven years into Overwatch’s past–on the eve of a historic peace accord–King’s Row is seized by an extremist faction of robots known as Null Sector. The British government forbids Overwatch from interceding, which means Strike Commander Jack Morrison must decide whether to disobey orders or stand by while thousands of lives are in peril.”

‘Uprising’ will most likely tie in to the Overwatch event teased earlier this week called ‘King’s Row Uprising’. Fans have speculated that the event will take place in the same time frame as the comic, while old heroes fight against the Omnic terrorists endangering King’s Row. This suggests that the playable portion of the event will be cooperative, allowing players to test their skills against waves of bots. Hearkening back to the ‘Junkenstein’s Revenge’ mode, playable during the Halloween event last year, it may feature a limited number of heroes banding together to defeat a common enemy. The event will likely include a plethora of new skins, sprays, highlight intros and emotes. Many hope that the comic indicates a new set of Origins skins, with past versions of heroes like those included in the Overwatch Origins Edition.

Follow @GameSinnersLive
Zelda: Breath Of The Wild Update 1.1.1 Improves Switch Version
Samsung Galaxy Note 5 Will Get a Taste of the Nougat
We use cookies to ensure that we give you the best experience on our website. If you continue to use this site we will assume that you are happy with it.Ok