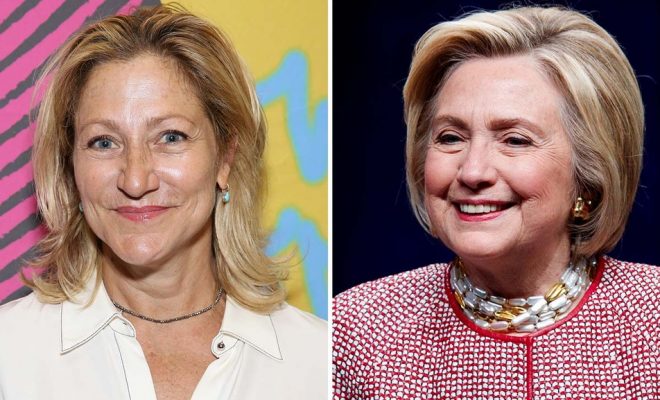 FX’s American Crime Story anthology has cast Edie Falco as Hillary Clinton in its next season, which covers the impeachment of former President Bill Clinton.
The multiple Emmy winner will join the A-list ensemble of Impeachment: American Crime Story, The Hollywood Reporter has learned. Falco will star with Sarah Paulson (Linda Tripp), Beanie Feldstein (Monica Lewinsky), Clive Owen (Bill Clinton) and Annaleigh Ashford (Paula Jones) in the limited series.
The cast also includes Betty Gilpin as right-wing pundit Ann Coulter and Billy Eichner as Matt Drudge.
Falco’s deal to play the former first lady, New York senator and secretary of state has been in the works for months and recently closed.
In 2019 FX chief John Landgraf told THR that Hillary Clinton would not be “one of the main characters” in the story. The casting of Falco, however, would seem to indicate otherwise.
Impeachment is based on former New Yorker writer Jeffrey Toobin’s book A Vast Conspiracy: The Real Story of the Sex Scandal That Nearly Brought Down a President. Executive producer Ryan Murphy optioned the book in 2017 with an eye toward making it part of the ACS anthology but later had second thoughts. The project gained new momentum when Lewinsky came aboard as a producer.
Sarah Burgess is writing and will executive produce with Murphy, Nina Jacobson, Brad Simpson, Brad Falchuk, Larry Karaszewski, Scott Alexander, Alexis Martin Woodall, Hannah Fidell, Paulson and Feldstein. Lewinsky, Henrietta Conrad and Jemima Khan are producers.
Impeachment had initially been slated to premiere ahead of the 2020 election but was pushed back in part due to Murphy’s schedule. A debut date for the series has yet to be announced.

Follow @GameSinnersLive
Royal Family Accused of “Double Standards” For Investigating Meghan Markle And Not Prince Andrew
Netflix: Movies and TV Shows Leaving in March
We use cookies to ensure that we give you the best experience on our website. If you continue to use this site we will assume that you are happy with it.Ok