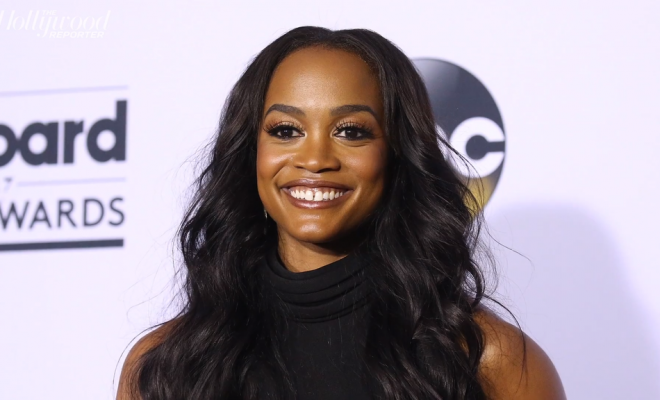 In a statement posted to social media on Monday night, the producers behind the ABC franchise said Lindsay has worked “tirelessly towards racial equity and inclusion.”

The executive producers of The Bachelor franchise are publicly supporting Rachel Lindsay after the franchise alum has been subjected to online harassment, “which, more often than not, has been rooted in racism.”
Lindsay, who has been thrust into the center of the ABC franchise’s ongoing racism controversy, deactivated her Instagram account over the weekend after finding herself on the receiving end of abusive messages. Her Higher Learning podcast co-host, Van Lathan, said she had disabled the account because franchise fans were “spamming her with all kinds of rude and hateful things.” Her husband, Bryan Abasolo, had also taken to social media to thank those in Bachelor Nation who came out in droves to throw their support behind her and denounce the bullying on their respective social media accounts.
On Monday night, the official account of The Bachelor executive producers posted a statement to denounce the “severe” online bullying. “As executive producers of The Bachelor franchise we would like to make it perfectly clear that any harassment directed towards Rachel Lindsay in the aftermath of her interview with Chris Harrison is completely inexcusable,” read the statement. “Rachel has received an unimaginable amount of hate and has been subjected to severe online bullying, which, more often than not, has been rooted in racism. That is totally unacceptable.”
The statement continued, “Rachel has been an incredible advocate for our cast, and we are grateful that she has worked tirelessly towards racial equity and inclusion.” The account also retweeted their policy to delete abusive comments aimed at stars of the franchise, which they had adopted in the fall of 2020 after enacting changes behind the scenes in wake of the national racial reckoning.

The Twitter post, which came shortly before Monday’s episode began to air, was also shared by the official ABC account for The Bachelor. The public words are the first to come from the franchise since the firestorm first erupted on Feb. 9, when host Chris Harrison refused to condemn racist allegations surrounding a contestant during an interview with Lindsay for Extra.
As has been widely reported, the interview resulted in Harrison taking a hiatus and has sparked renewed outcry for change and accountability when it comes to representation onscreen and diversity behind the camera on the long-running franchise. On Saturday, Emmanuel Acho was named as the replacement host for the live After the Final Rose special, which airs after the pre-taped finale of Matt James’ currently airing, historic Bachelor season. Harrison’s future with the franchise remains up in the air.
The March 15 finale will be the first opportunity for the franchise to address its diversity woes on a televised stage. (Many franchise alum, including Lindsay, have continued the dialogue on their franchise-sponsored Bachelor Nation podcasts.) The issues have been put under a spotlight during this season with James, as he is the first-ever Black Bachelor in 25 cycles. After the racist allegations were leveled at frontrunner Rachael Kirkconnell (who has since spoken out), Harrison’s defense of the contestant exposed a larger, systemic problem within the franchise.
The After the Final Rose will see Acho sitting down with James to discuss his season, his final decision and where he is now, as well as cover the current events about the franchise. James, in a rare public statement for a franchise star, called the ongoing controversy “devastating and heartbreaking to put it bluntly” and said it has caused him to reevaluate his experience with the show. Three women remain in the competition; Bri Springs, Michelle Young and Kirkconnell will all be present for the one-hour special.
Acho had been publicly suggested as a finale replacement for Harrison by Lindsay, who was the franchise’s first-ever Black Bachelorette in 2017 and who has become a vocal advocate for the franchise to diversify since her starring turn.
Monday’s episode, which is the Women Tell All reunion show, was the third episode to air since the controversy began. To begin the episode, ABC noted that the special was pre-taped on Feb. 4, shortly before Harrison would go on to apologize publicly and step away indefinitely as host. As a result, the topics addressed by Harrison and the women would not touch on any of the ongoing developments. 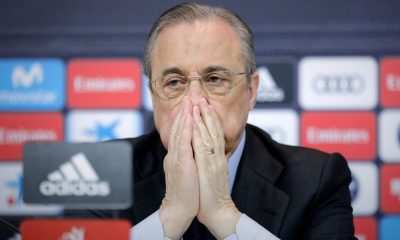 Follow @GameSinnersLive
‘Game of Thrones’ Alum Joins Obi-Wan Kenobi Series at Disney+
‘It’s a Sin’ Creator Explains Why There Won’t be a Second Season of the HBO Max Hit
We use cookies to ensure that we give you the best experience on our website. If you continue to use this site we will assume that you are happy with it.Ok