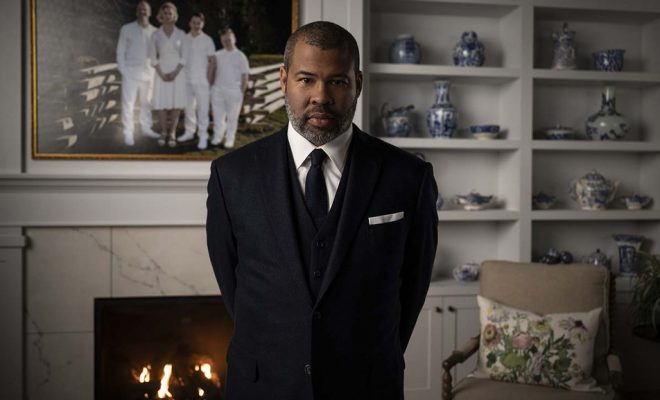 The episodic anthology from host/narrator Jordan Peele ran for two seasons on the streamer and was not included in Wednesday’s presentation to investors as the platform is rebranded Paramount+.

The Twilight Zone will not return on CBS All Access when it is rebranded next month as Paramount+.
The anthology from exec producers Jordan Peele and Simon Kinberg has been canceled after a two-season run on the ViacomCBS-backed platform. Sources say Peele and Kinberg’s companies were both ready to walk away from the series though CBS All Access/Paramount+ wanted the series to continue.
“Jordan Peele, Simon Kinberg and the entire production team truly reimagined The Twilight Zone for the modern age,” Paramount+ head of programming Julie McNamara said in a statement to The Hollywood Reporter. “They upheld the classic series’ legacy of socially conscious storytelling and pushed today’s viewers to explore all new dimensions of thought-provoking and topical themes that we hope will resonate with audiences for years to come.”
The Twilight Zone was rebooted as an individual episodic anthology in late 2017 as the individual episodic anthology looked to pick up where the beloved Rod Serling-created series left off with a modern reimagining of the original drama. In addition to exec producing, Peele served as its host and narrator.
All told, Peele’s Twilight Zone ran for two seasons and 20 episodes and wrapped its run last summer when CBS All Access abandoned its weekly rollout to a binge model. The series, from CBS Studios and Peele’s Monkeypaw Productions, attracted an all-star cast including Steven Yeun, K umail Nanjiani, Rhea Seehorn, Sanaa Lathan, Adam Scott, Billy Porter, Jurnee Smollett and Chris Meloni, among others.
News of Twilight Zone’s ending comes as CBS All Access will relaunch as Paramount+ on March 4. The cancellation comes after ViacomCBS executives Wednesday presented their vision — and a mountain of programming announcements — for the new service. While the original Twilight Zone lives on the platform, a new season was not part of the plan for subscription service.
Paramount+ will boast a number of originals from Taylor Sheridan, including two Yellowstone offshoots, a growing number of Star Trek originals, the final season of TV Land import Younger, Showtime transfer Halo, a new Criminal Minds and several other originals that build off of ViacomCBS’ well-known brands. Read more on the larger vision for the streamer here.
Peele, meanwhile, has an overall TV deal with Amazon.

Follow @GameSinnersLive
Paramount+’s Pitch: Big Name Reboots, Spinoffs and Sequels (Plus Sports)
Netflix to Spend Nearly $500 Million on Korean Content This Year
We use cookies to ensure that we give you the best experience on our website. If you continue to use this site we will assume that you are happy with it.Ok