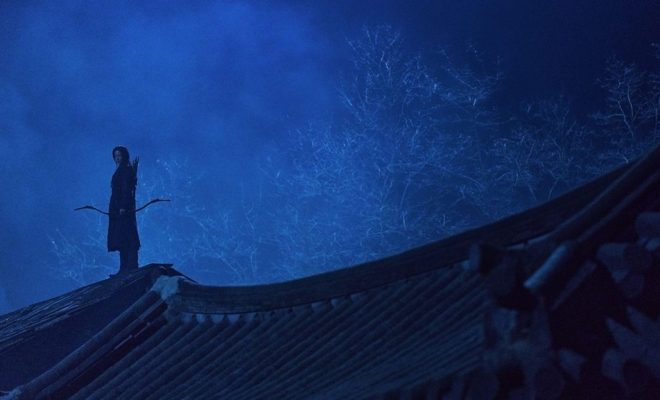 Netflix reaffirmed its commitment to South Korea’s globally appealing entertainment industry Thursday, unveiling plans to spend nearly $500 million in 2021 on films and television series produced in the country.
The plans were unveiled during Netflix’s splashy “See What’s Next Korea” event held in Seoul, where Korean directors and stars gathered with Netflix creative executives to promote the company’s current and upcoming local-language originals. Amid the flurry of promotional activity, Netflix also revealed that it currently has over 3.8 million subscribes in South Korea.
The global popularity of Korean television and filmmaking has proved even more valuable to Netflix than the relatively modest monetary contribution of South Korean subscribers though. To date, Netflix has produced over 80 original Korean shows and films, building off the early smash success of its very first original from the country, Kim Eun-Hee’s period zombie thriller Kingdom. “Audiences around the world are falling in love with Korean stories, artists, and culture,” said Minyoung Kim, Netflix’s vp of content for Korea, Southeast Asia, Australia & New Zealand.

She added: “The K-Wave, or Hallyu as we call it here in Korea, is a huge moment of national pride and we’re proud to be part of it. Great Korean stories are nothing new, in fact storytelling is deeply rooted in Korean culture. But today we live in a world where Parasite is an Academy Award best picture winner, BlackPink plays Coachella, and over 22 million households tune into a horror TV series, Sweet Home.”
Over a dozen Korean actors and directors joined Netflix to promote previously announced Korean originals that will be premiering on the service this year. Among them were stars Bae Doo-na and Lee Joon of The Silent Sea, a sci-fi series about a team sent to an abandoned research facility on the moon; A-list Korean director Yeon Sang-ho (Train to Busan) and the cast of his supernatural thriller series Hellbound, including Yoo Ah-in, Park Jung-min, Kim Hyun-joo, Won Jin-ah and Yang Ik-june; and the cast of Squid Game, a thriller about the participants in secret survival game with a $40 million prize.
Netflix also revealed two previously unannounced original Korean films at the event, both with edgy premises: BDSM drama Moral Sense and action thriller Carter.

Directed by Park Hyun-jin (Like for Likes), Moral Sense follows a seemingly clean-cut office worker who keeps his BDSM taste to himself, until his female co-worker accidentally opens his mail and finds a leash. Once his secret is out, the two develop into a male-sub and female-dominant relationship.
Carter is described as a “one-scene, one-cut action film.” Directed by Jung Byung-gil, follows a man after he wakes up in a motel room with no recollection of who he is, except for a voice in his ear that calls him “Carter.” Following the voice’s orders, Carter goes on an exhilarating mission to save a kidnapped girl.
“We are working with top talent and filmmakers as well as exciting emerging voices from across Korea to make best in class stories across every genre,” Kim said, adding: “This year, we have Korean dramas like The Silent Sea, Squid Game, and Kingdom: Ashin of the North, bold films like Carter and Moral Sense, new reality series like Baik’s Spirit, documentaries like My Love, and our first Korean sitcom, So Not Worth It. We can’t wait for our members around the world to fall in love with these Korean stories.”

Follow @GameSinnersLive
‘The Twilight Zone’ Canceled at CBS All Access (Exclusive)
Judge Judy Dealt Setback In Packaging Fees Suit
We use cookies to ensure that we give you the best experience on our website. If you continue to use this site we will assume that you are happy with it.Ok