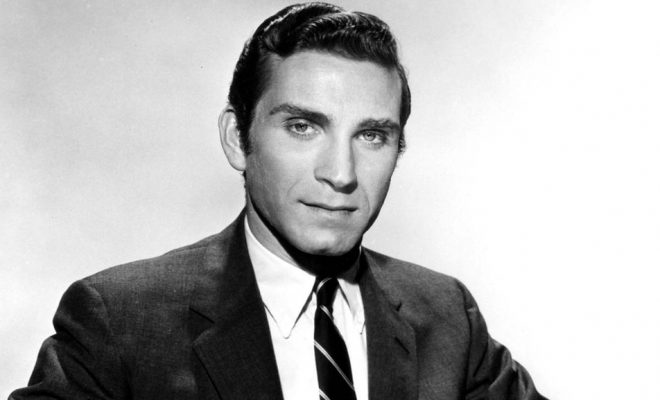 The Philadelphia native went from being a licensed pharmacist to a busy performer known for his intense roles.

Peter Mark Richman, the pharmacist turned ubiquitous character actor who showed up in such films as Friendly Persuasion and The Black Orchid and on TV shows including Dynasty and Three’s Company, has died. He was 93.
Richman died Thursday morning of natural causes at his home in Woodland Hills, publicist Harlan Boll announced.
Richman starred as a former mob lawyer who teams with the FBI to bring criminals to justice on the 1961-62 NBC series Cain’s Hundred and played Andrew Laird, a savvy attorney for Denver-Carrington Oil and the Carrington family, on ABC’s Dynasty from 1981-84.
He also was the Reverend Snow, the father of Suzanne Somers’ Chrissy Snow, on ABC’s Three’s Company in 1978-79.
Richman portrayed a state trooper seemingly stalked by giants on a memorable 1964 Twilight Zone episode, “The Fear,” and he guest-starred on dozens of other series during his eight-decade career — from Alfred Hitchcock Presents, Ben Casey, The Outer Limits, The Fugitive, Bonanza and Mannix to Too Close for Comfort, Hotel, Murder, She Wrote, Fantasy Island and Star Trek: The Next Generation.
The son of a painting and paper-hanging contractor, Richman was born in Philadelphia on April 16, 1927. After graduating from the Philadelphia College of Pharmacy and Science as a licensed pharmacist in two states, he joined the Actors Studio and in 1953 starred in Calder Willingham’s End as a Man on Broadway.
In 1956, he stepped in for Ben Gazzara on Broadway in A Hatful of Rain and later portrayed Jerry in more than 400 performances of Edward Albee’s The Zoo Story.
Director William Wyler brought him to Hollywood to portray a cavalry officer in Friendly Persuasion (1956), starring Gary Cooper and Dorothy McGuire, and he starred opposite Sophia Loren and Anthony Quinn in The Black Orchid (1958), helmed by Martin Ritt.
His big-screen résumé also included The Strange One (1967), Naked Gun 2 1/2: The Smell of Fear (1991), Friday the 13th Part VIII: Jason Takes Manhattan and 4 Faces (1999), which he wrote based on his one-man play.
Richman wrote another play, A Medal for Murray, which ran for two years in Israel, plus novels, short stories and an autobiography — 2018’s I Saw a Molten White Light — and was an accomplished painter, too.
In 1990, Richman received the Silver Medallion from the Motion Picture & Television Fund for outstanding humanitarian achievement. He was also honored with the Sybil Brand Humanitarian Award from the Jeffrey Foundation that year.
Survivors include his wife of 67 years, actress Helen Richman; children Howard (and his wife, Cherie), Kelly (Loren), Lucas (Debbie) — he’s a Grammy-winning conductor — Orien (Alevé) and Roger; and grandchildren Jenny, Lily, Max, Julia, Oliver and Danica.
Memorial contributions in honor of Richman can be made to the Motion Picture & Television Fund.

Follow @GameSinnersLive
Joanne Rogers Dead: Fred Rogers Widow Was 92
Ray Brady Dead: CBS News Financial Reporter Was 94
We use cookies to ensure that we give you the best experience on our website. If you continue to use this site we will assume that you are happy with it.Ok