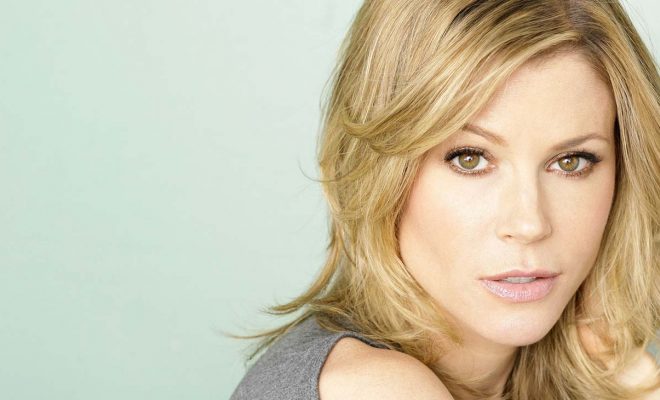 The ‘Modern Family’ star will play the lead in ‘Raised by Wolves’ from ‘Will & Grace’ creators David Kohan and Max Mutchnick.

Modern Family star Julie Bowen has lined up her next TV role,
Bowen will star in a CBS comedy pilot from Will & Grace creators David Kohan and Max Mutchnick. She’ll play a crisis manager who adopts an 11-year-old girl in Raised by Wolves, from Universal TV.
The multicamera pilot, formerly called Please Hold for Frankie Wolfe, centers on Bowen’s character, Frankie, a very successful and fiercely independent crisis manager whose world is turned upside down when she decides to let someone into her life for the first time — an 11-year-old girl she adopts and raises with the occasional help of her fragile, nervous wreck of a sister.
Frankie, meanwhile, is a totally put-together powerhouse whose aggressive, blunt-talking style belies damage incurred while being literally raised by Wolfes — her parents, Barbara and Arnie.
Bowen is wrapping an 11-season run on ABC’s Modern Family, during which she won two Emmys for her role as Claire Dunphy. The show’s series finale is scheduled for April 8. Her credits also include Ed, Boston Legal and recurring parts on Lost and Weeds. She’ll reunite with her Happy Gilmore co-star Adam Sandler in Netflix’s movie Hubie Halloween later this year.
Bowen is repped by ICM Partners and Liberman Zerman Management.
Kohan and Mutchnick are also saying goodbye to a long-running comedy as Will & Grace ends on NBC in the spring after 11 total seasons (three since its 2017 revival). The duo are writing and executive producing Raised by Wolves, having previously worked with CBS on 2013’s Partners and $h*! My Dad Says in 2010-11.
Deadline first reported the news.

Follow @GameSinnersLive
The Falcon and The Winter Soldier Could Feature Samuel L. Jackson’s Nick Fury
Disney+’s She-Hulk Show Teases Superhero Courtroom Drama
We use cookies to ensure that we give you the best experience on our website. If you continue to use this site we will assume that you are happy with it.Ok