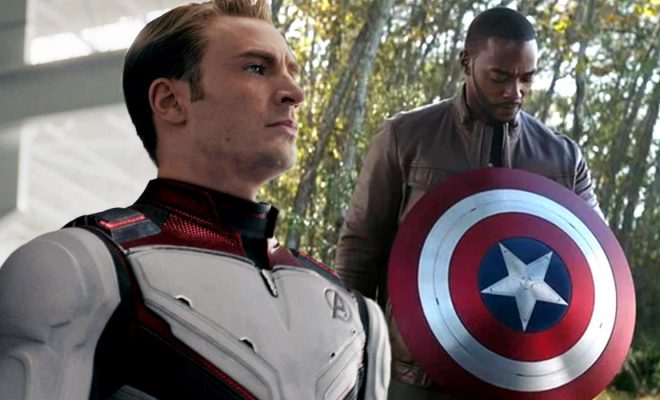 Upcoming Disney+ show The Falcon and the Winter Solider will see Sam Wilson/Falcon suit up as Captain America, and star Anthony Mackie is sharing his son’s emotional reaction to the news. Falcon has been a key component of the MCU since he debuted in Captain America: The Winter Solider. Since then, he’s appeared in five more Marvel movies, including last year’s Avengers: Endgame. That film marked the conclusion of the MCU as fans know it, as several original Avengers either died or gave up their mantles. One of these was Chris Evan’s Steve Rogers/Captain America, who passed his shield on to Falcon after living a full human life with Peggy Carter.

The Falcon and the Winter Solider is rumored to feature other Captain Americas aside from Sam Wilson. However, Mackie’s character will be the definitive Phase 4 Cap, with the show likely depicting his journey to accepting the mantle. One character who may help is Isaiah Bradley, aka the first black Captain America. He’ll reportedly factor into The Falcon and the Winter Solider and may be played by Supergirl’s Carl Lumbly, who recently joined the cast. The series is also confirmed to feature John Walker/U.S. Agent, with fans catching a glimpse of him during the show’s first TV spot.
Related: Marvel Is Misusing Captain America’s Best Villains
In a new video from Vanity Fair (via ComicBook), Mackie shared his son’s reaction to the final scene in Avengers: Endgame that revealed his character would become Captain America. Mackie said he was first underwhelmed, explaining, “The movie ends and my son goes, ‘Dad,’ I go ‘What’s up?’ He goes, “Are you, are you Captain America?’ I said I think so! He goes, ‘Cool.’ Like that’s it? That’s all huh? That’s all I get?” However, Mackie then shared his son’s more emotional reaction once the news had sunk in:
A week later, he calls me bawling and he’s like, ‘Dad, you’re Captain America. It’s like yeah dude. So, he’s just like, ‘I just didn’t know, that’s so amazing. I’m so proud of you.’ So, then I start crying…It’s funny, as a parent, you do so much and all you want is the approval of your kids. Like nobody else matter, I don’t care what anybody else on the Internet says. My son said it was cool, so it’s cool.

As the Phase 4 Captain America, Mackie’s character will likely have a major impact on the MCU in the coming years. This is especially likely considering the role the Marvel Disney+ shows are expected to play in the movies. The two will be linked, with some characters introduced on Disney+ set to appear in the film side of the MCU as well. Others, like Falcon and Sebastian Stan’s Winter Solider, have already appeared in the movies but will hopefully drive more viewers to the streaming service with their shows. A similar approach is being taken with WandaVision and Loki, which will feature Elizabeth Olsen, Paul Bettany, and Tom Hiddleston.
Playing a superhero often results in a big moment between an actor and their child. In this case, it’s no surprise that hearing his dad would play Captain America was a big deal for Mackie’s son. Mackie has spoken in the past about the importance of being chosen as a black man, calling it “monumental” and “unprecedented.” The importance of it clearly wasn’t lost on Mackie’s son and hopefully won’t be lost on viewers when they check out The Falcon and the Winter Solider when it premieres in August.
More: Marvel’s Disney+ Shows May Be Hiding A Secret MCU Superhero
Source: Vanity Fair (via ComicBook)

Follow @GameSinnersLive
Late Night Lately: Coronavirus Thoughts, Hillary Clinton on Super Tuesday, Ben Affleck’s Birthday Surprise
Danny Tidwell, ‘So You Think You Can Dance’ Finalist, Dies at 35
We use cookies to ensure that we give you the best experience on our website. If you continue to use this site we will assume that you are happy with it.Ok