Iron Maiden: Legacy of the Beast hits the app store 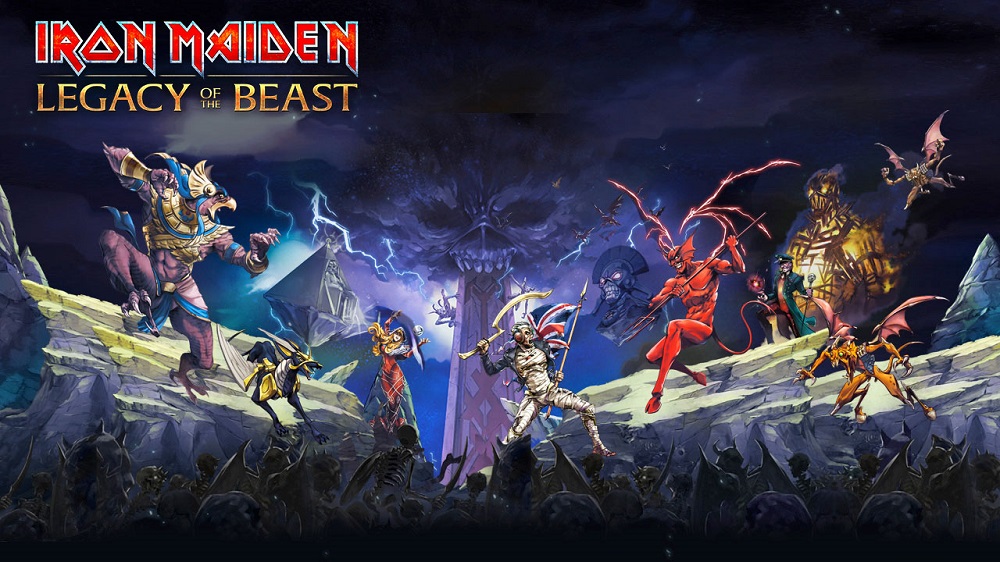 Iron Maiden: Legacy of the Beast hits the app store

Looking for a game that’s a little more… metal? Then look no further, because the iconic British heavy metal band Iron Maiden have just released a brand new game for iOS and Android. Iron Maiden: Legacy of the Beast is an turn-based strategy game where players get to take on the role of the titular band’s famous skinless mascot Eddie as he travels throughout space and time to reclaim shards of his lost soul. Eddie can transform into five different classes – Warrior, Sentinel, Magus, Gunner, and Assassin – to take down his foes, and each class’s design is modeled after a look Eddie himself has sported in one of Iron Maiden’s album covers. He can also team up with a variety of different creatures, which you can collect over the course of the game, allowing you to tailor your team for victory.

Along the way, Eddie will fight his way through several levels inspired by the history of Iron Maiden, also taking visual inspiration from the myriad of album covers the band has created over the years. For example, one of the levels appear to take place right outside an Egyptian pyramid, with Eddie taking down prominent Egyptian gods like Isis and Ra. The familiar locale is likely inspired by the band’s Powerslave album from 1984. You’ll get to play in a whole slew of different crazy locations such as this, all with classic Iron Maiden music blaring in the background. Not only this, but the game’s soundtrack also includes never-before-heard live renditions of classic songs recorded specifically for the game. You even get to fight the devil himself! That’s pretty metal.

Iron Maiden: Legacy of the Beast is out now for free on iOS and Android, and any fan of Iron Maiden should definitely check it out. Of course, developers Roadhouse have stated that the game “will appeal to all mobile gamers, including those discovering Maiden for the first time.” You can out the official cinematic trailer for the game below:

Armed with a passion for the aesthetically-pleasing, a love for the stories well told, and a heart for the experiences in gaming that follow you after you've put the controller down, Drew has been an avid gamer for as long as he can remember. From a handheld fan to a console completionist to a PC gaming aficionado, Drew's favorite games of all time include League of Legends, SMITE, Animal Crossing, and Final Fantasy.

Follow @GameSinnersLive
Overwatch’s Competitive Play is Far From Perfect
Dota2 Nanyang Season 2 starts today
We use cookies to ensure that we give you the best experience on our website. If you continue to use this site we will assume that you are happy with it.Ok