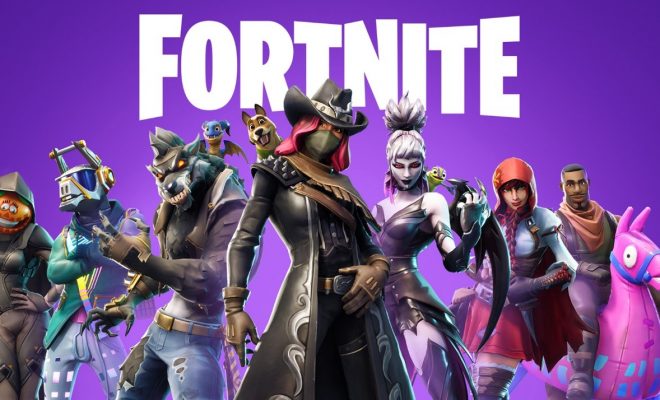 Every so often Epic Games think of new ways to entice more players playing Fortnite engaging them with new gaming updates. Whether it is new skins, weapons, new traps or a seasonal theme like Halloween, many fans show their enthusiasm, picking out the skins and ammunition for their heroes.

Fortnite has become a part of the competitive gaming scene. By following the online streams of esports tournaments and following the professional players will help you improve your gaming skills. On top of this, the commentaries will give you more insight on which esports teams are good so you can place your bets on Fortnite.

The epic event in the Fortnite was the rift that struck lightning bolts near Paradise Palms desert. The electrical surge created an enormous purple cube that moved around the map, ruining all buildings and structures that crossed its path.

Fortnite players around the world tested out the capabilities of the purple cube. Some gamers tried out the gravity of the block by jumping on it making them leap higher and even further. This tactic helped players complete challenging missions in Season 5. Some geniuses took the risk of shooting at the block, but the bullet bounced back, killing their hero.

The giant glowing cube travelled to different places burning seven runes in the ground before reaching Loot Lake. Then the large block melted into the shallow water that turned into a solid surface. Fortnite Season 6 came out with a frightening event of a whirlpool that raised Loot Lake Island.

The Floating Island is Moving in Search of Corruption.

The Loot Lake Island started its journey towards the ‘corrupted’ areas, activating each rune, ripping the ground with marked symbols, to create volcanic pits. At each stop, more purple cubes spread inside the Loot Lakehouse and below ground.

Starting from Pleasant Park, the floating island travelled around the map towards Shifty Shafts, on to Fatal Fields, then to Retail Row. On the 12th of October, the islet reached Wailing Woods, activating the fifth marked rune. The next destination is still not known yet but will be either central area at Dusty Divot or to the northern part at Lazy Links.

The future of what will happen is still unknown once the seventh rune will activate. Rumour has it that Halloween could mark the end of the Fortnite world to form a brand new map. In the meantime, you can still enjoy playing the game at your leisure or perhaps place your best Fortnite betting on pro players.

Fortnite Season 6 brings you a brand new update that featured in Save the World mode, the Chiller Trap. It is one of the first snares added which will see some impressive gameplay.

The Chiller trap can be easy to find in Treasure Chests, Supply Drops and Supply Llamas. Floors, walls and ceilings are some of the best places to plant the Chiller trap. This kind of snare can freeze your enemies or friends, sliding down for a quick getaway. Epic Games gives an overview saying it “applies icy feet to friends or foes, causing them to slide around with low friction.”

One great tactic is using the Chiller trap with the Shockwave Grenade. The power combination boosts your speed, outrunning your foes and avoiding storms.

Halloween in a Fortnight

Epic Games have been preparing for Halloween, adding decorations around the whole map. The spooky theme in Fortnite could give you a frantic fright to get your concentration going.

The Halloween atmosphere all started in Pleasant Park town. With spider webs on the outer walls and fences adorned haunted houses. You cannot miss the jack -o’-lanterns, the giant spider statues in the front and back gardens. The creepy crawlers will not react as you approach them. If you get close to the front door, smoke machines behind bushes will give off a mist to create a scare.

Tilted Towers is another town with a few ghosts hanging around from lampposts, guarding the streets, night and day. While passing through The Haunted Hills, beware of the new dark castle. Although you need to be cautious, it is an excellent place for you to find the golden treasure.

After Season 5’s giant cube phenomenon, violet boxes started to appear underground and in the Loot Lakehouse. The glowing purple inside the mansion is very unsettling, but the futuristic cubism works well for the scary seasonal theme.

The most popular Fortnite skin, the Skull Trooper made its debut in November 2017 and reappeared again this year. One of the new hero costumes is the Hollowhead, a supervillain with green mist coming out from his eyes, ready to hypnotise anyone. Another outfit for your character is the Plague doctor that carries fragrant herbs to help cure the contagious black plague. On top of these is the rare skin, Bullseye, a hero with a precise aim. Coincidence or not, this hero will feature in the Daredevil TV series in Season 3.

Apart from costumes and decor, you cannot miss out on the weapons in-game. The Plague Glider, Cryptic Cruiser, Pickaxes, Ghost Portal and Dismal Capes are some of the great weapon skins for your hero to scare off enemies. With a fortnight left until the end of October, there will be more Halloween thematic features added in the near future.

Back in September, the Fortnite game took on a futuristic approach with Purple Cube roaming around, leaving runes burnt in the ground. After two weeks, the floating island has picked up four ancient symbols and has recently activated the fifth one. Seasons come and go, so now is the time to take the opportunity to play Fortnite with a Halloween theme. Gaming can be so intense that you could take a sudden fright which is bound to happen in October especially if you are caught unaware of the Icy Chiller trap.

Follow @GameSinnersLive
Red Dead Redemption 2 Xbox One Download File Size
Wreckfest PS4/Xbox One Release Date Pushed Back To 2019
We use cookies to ensure that we give you the best experience on our website. If you continue to use this site we will assume that you are happy with it.Ok