Top Online Games That Every Player Should Be Taking Advantage Of 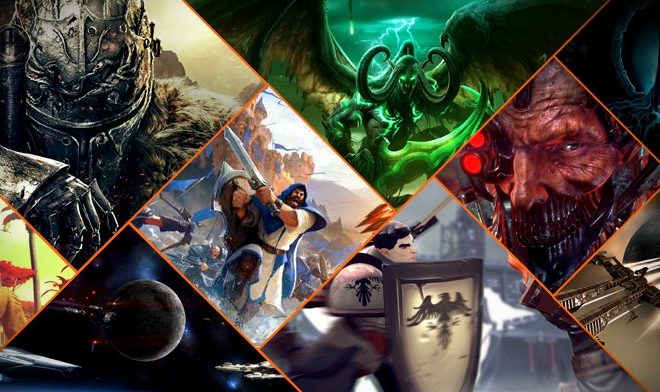 Top Online Games That Every Player Should Be Taking Advantage Of

There is no denying that gaming has greatly changed over the years. Of course, the Internet and online play has greatly altered market. If you are like most older, long-time gamers, you can probably remember when multiplayer meant sitting in the living with the four of your very best friends staring at the flat screen with four individual squares. You could literally see where every other individual was on the map and what kind of weapons they were carrying. Well, that is no longer the case thanks to technology. Online gaming now means that you can literally game with players in other countries. That being said there are a plethora of online games to choose from, but which ones are really worth your time?

Onward is basically nothing more than a slower paced Counter-Strike, but this fact doesn’t make the game any less exhilarating. If anything the game is more like a virtual reality version of Counter-Strike. The platform involves two teams of which consist of five players. Each team will compete for objectives and wrestle for different weapons. With lots of different objectives like activating bombs and a wide range of guns with realistic features, you and your team will have a blast playing Onward.

Just about everyone in the world has heard of the Mortal Kombat series. It seems like every year they are coming out with a new version and fighting games aren’t for everybody, but this game is different. Even if you aren’t a fan of the fighting genre there is a good chance that you are going to enjoy this game. There is plenty of gore, but the fluid fighting motions in combination with the outlandish characters really make the game stand out amongst the competition. With the right panache and just a couple of well-placed combos you can really take control of the fight.

Be Strategic With Northgard

Northgard is a real-time strategy game that offers a unique playing field. It really is not the opposing armies that will be your biggest threat, but it is your own management skills. With every new villager, you have to worry about feeding another hungry mouth while building your army and resources at the same time. And, food will be extremely scarce when the winter months hit. It will take the right planning and execution to comes out ahead. There will be also plenty of rat plagues, blizzards, and earthquakes that you have to battle along the way. Another unique thing about this game is that you don’t have to win through military conquest. You can advance your wealth and knowledge to such a fierce force that there won’t be an opponent that can hang with you. This really offers for some interesting online play.

Earn Some Cash With Online Poker

One of the greatest things about online gaming is that there is now a real platform for earning cash and starting a career. There are many professionals gamers out there that get played to play their favorite games around the clock. If you got possess these types of skills, you always have the option of venturing into the casino market. Perhaps, you might have better luck with an old classic like poker. There are tons of strategies that you can implement and lots of lucrative opportunities. With live dealers from onlinepokiespro.net it makes the whole gaming experience more lifelike and exciting.

The Madness That Is Rocket League

Most players probably could have already guessed that Rocket League would make the list. This game is already iconic and has changed the online gaming world for the better. The game really takes two elements of soccer and racing and combines the best of them to offer players a hard-hitting, fast-paced, action filled game. With rocket-propelled cars, teams of two will try to outscore each other in a soccer-like environment. You will feel the joy of this game right away as soon as you pick it up. It will remind you of simpler times when you were just a wee toddler on the playground swapping a ball back and forth with closest friends. However, this version will be more chaotic and hard-hitting.

Follow @GameSinnersLive
Helpful tips for picking the right slot game
Welcome the new MLS season with these great soccer games
We use cookies to ensure that we give you the best experience on our website. If you continue to use this site we will assume that you are happy with it.Ok