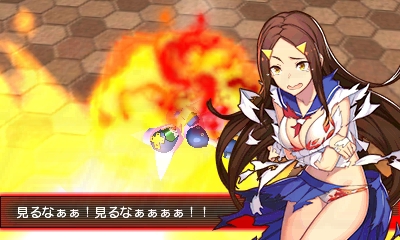 Remember the Saturday morning mech anime aimed towards children shown on Fox Kids, Medabots? Actually, over in Japan it is mostly known as a video game franchise, and quite a long running one at that. However, the latest entry in this long running mech-RPG franchise was clearly not developed with children in mind… The latest entry into the long mech-RPG franchise, Medabots: Girls Mission, is going to be rated 15+. It might be easy to dismiss it as that it is likely due to a scene or so being to violent by accident, or maybe an unfortunate bottle of booze found somewhere. However, those who think so could not be further from the truth… It is for straight out sexual content, and it was clearly not put in by accident.

The latest Medabots game is going to introduce a new gameplay mechanic into the franchise, Medaforce Burst. This feature is available by reaching 200% on the special move gauge. This move amass really strong and destructive powers. So destructive, in fact, that the opponent robot’s controller gets their clothes torn to pieces, for the player’s amusement, by their mech warrior getting hit by it showing off the goods underneath. For obvious reasons, this isn’t a feature fit in a game for children and thus the game got rated 15+.

Medabots: Girls Mission is going to be released March 10th 2016 for Nintendo in Japan in two versions for players who are 15 years and up to enjoy in a, for the series, completely new and different way. The biggest question is if parents will accidentally buy this game to their children thinking it is just a missprint as the former games in the series, merchandice, and especially the anime has been clearly targeted towards kids.

Is it ok throwing fan service into everything, or is there an unwritten limit to the “fun”? Would you get Medabots: Girls Mission to check its goods out, or should content such as this not be introduced to franchises originally targeted towards children? Leave your thoughts in the comment fields below!

Follow @GameSinnersLive
Nintendo eShop European Releases – week 4, 2016
LEGO STAR WARS: EPISODE 7 LEAKED
We use cookies to ensure that we give you the best experience on our website. If you continue to use this site we will assume that you are happy with it.Ok